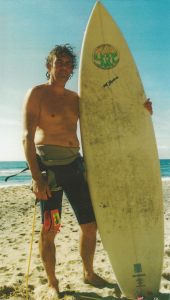 Music lovers across the South West were shocked and saddened to hear of the sudden death of Mike Walford, who ran the Cornwall Folk Festival from 2009, created the Crantock Folk Festival, co-founded the Wadebridge Folk Club, and organised the Unison tent at the Tolpuddle Martyrs festival.

Born during the Second World War in North Baddesley, Hampshire in the shack built by his grandfather, who’d worked as a lumberjack in Canada before returning to the UK. Raised in and around Southampton and the New Forest, his book “People, Pollards and Ponies” was written to commemorate the forest’s 900th anniversary and to celebrate his love and memories of the area.

As part of a printing apprenticeship Mike attended Southampton Art College where he met future wife Jan. He loved the sea and travelled the world in the merchant navy – especially North and South America, South Africa, New Zealand and Australia. 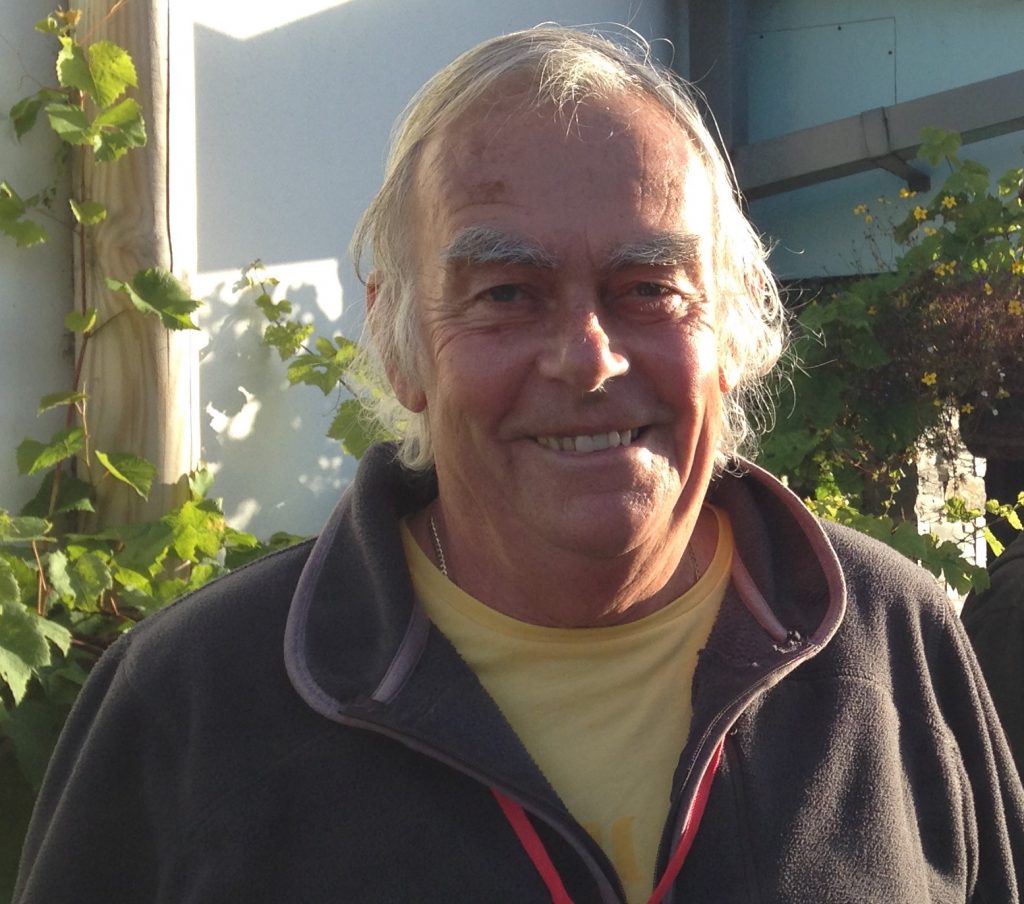 Mike was into all genres of music and started playing guitar with friends. He hung out at rhythm and blues, jazz and folk clubs, and soon started running events. Music friends in those days included musicians Cliff Aungier, Gerry Lockran and Long John Baldry.

Newly-weds Mike and Jan moved to Bath where they visited local folk clubs like the ‘Hat and Feathers’ and the ‘Ring Of Bells’.

He was a senior print manager for many years. In 1982 Mike and Jan moved to Cornwall living near Wadebridge, where he soon became a regular at the town’s Cornwall Folk Festival. Later he ran presses at the NHS.

After retiring in 2009, Pete McClelland, founder of Hobgoblin Music, asked Mike to help run the festival. Pete stepped in when the festival hit a bump in the late 2000s, but, living in Sussex, needed assistance on the ground. Eventually Mike took over, shortly joined by Brian Flexman who’d was running the Wadebridge franchise of Hobgoblin.

Mike soon built a team of people around him. He absolutely loved running the festival, meeting artists, and his convincing personality talked acts into coming all the way down to Cornwall. 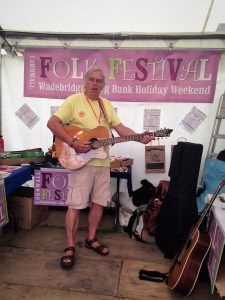 Team members will always recall his huge energy, and be amazed that for the first few years, he and Jan did most of the organising themselves — booking artists, sorting out venues and bars, and raising the money.

Mike encouraged new acts like Blackbeard’s Tea Party, who he offered a slice of cheesecake if they would play at the festival. He booked the Carrivick Sisters when they were just starting out and gave a stage to a young Lucy Ward.

The festival was sometimes very stressful. Two days before the 2017 festival started, he informed the team that he’d spent 24 hours with the news that headliner Ralph McTell had pulled out due to an injury. McTell’s agent was in Japan at the time and the limited window for trans-continental phone calls did not help. Fortunately, Mike got Seth Lakeman as a superb last-minute replacement, and he and the team could start to breathe again!

Gradually Mike handed over to the reins, stepping back in 2018 later when he became a festival patron. In February 2017 Mike and Jan with friends Sue and Tim Brine started the Wadebridge Folk Club. There hadn’t been a town folk club for many years, so they rectified this.

The same year he released a collection of self-penned songs ‘Footprints, Shoreline, Highways’, recalling time wandering through the United States, a passion for surfing and his love of Cornwall.

‘A Joy To Work With’

Sarah McQuaid called him a “a great friend to musicians and was a joy to work with”. Geoffrey Lakeman recognised a “grass roots performer who worked so hard as an organiser.” John ‘The Fish’ Langford loved him as “a very generous and dedicated man who served the folk fraternity well”, and Pete McClelland remembers a “solid partner in Cornwall Folk Festival project”. 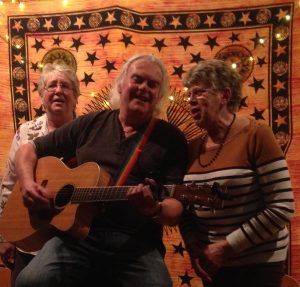 Colleagues at the folk festival and Wadebridge Folk Club remember someone who was always warm, generous, full of ideas, good fun and a great friend. His larger-than-life personality and constant energy lifted this event and inspired the current team to join him. There would not be a CFF without him.

Mike leaves a big hole in the local music scene, but he also leaves the festival and the folk club in top condition. He will be greatly missed by wife Jan, their two sons, daughter and nine grandchildren, his friends and by so many musicians.

By Tim Brine and Adrian Jones. Originally published in Folk In Cornwall magazine.