Here At The Fair 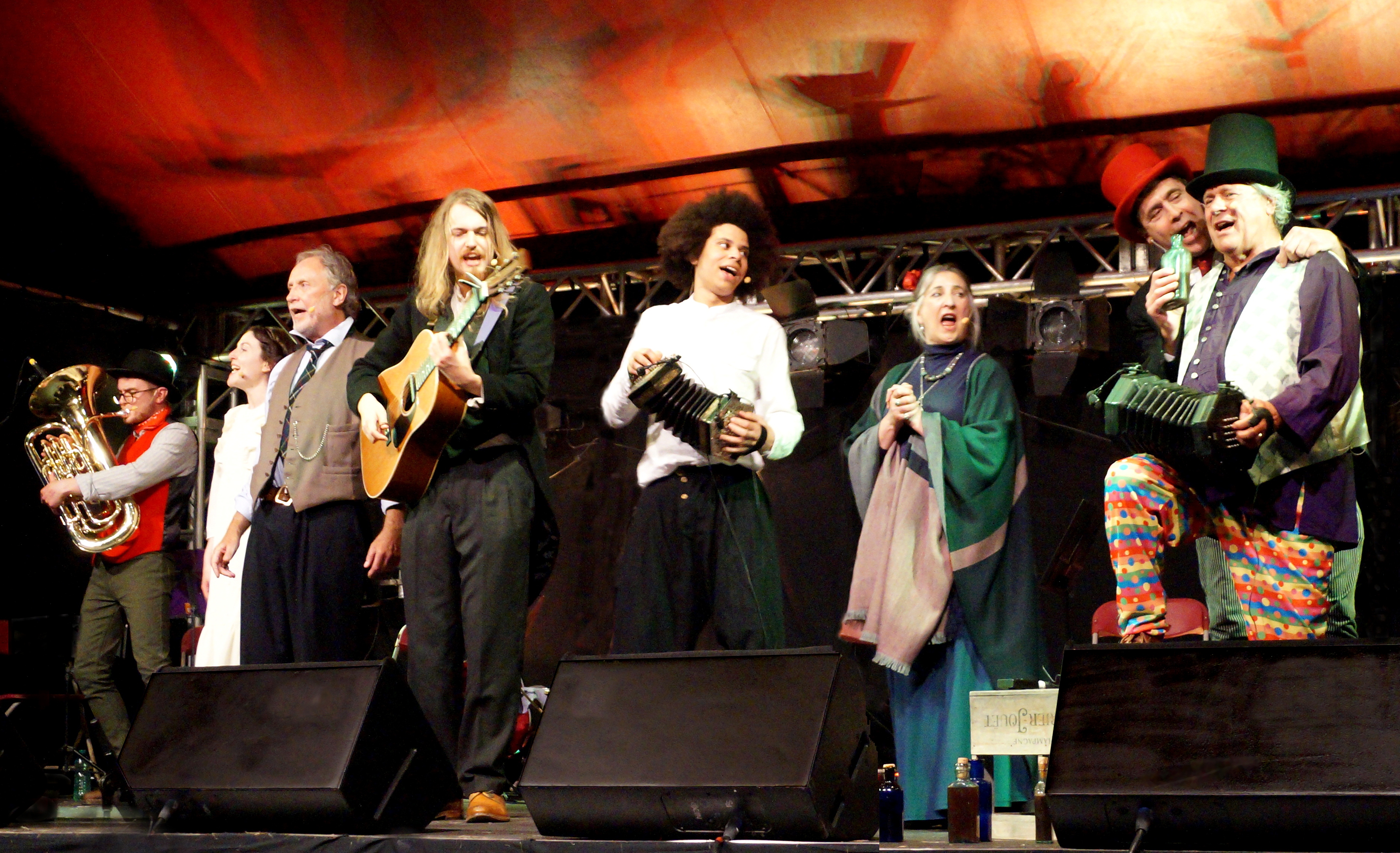 The scene is set at a country fair in 1850. A group of travelling showmen and women arrive and set out their stalls, using twenty of Mick’s original songs.

Partly inspired by characters in Dickens’ ‘Nicholas Nickleby’ and Charlie Chaplin’s ‘Limelight’, we meet veteran actor Vincent Crummles and his dancer daughter Ninetta (‘The Infant Phenomenon’), a clown, a quack doctor, a fortune teller, and a ballad seller and a flea circus presenter. The show tells the back stories of this group of society’s outsiders, and puts their wandering lives of music, song, dance, lights and laughter in the social and political context of the time.

Mick Ryan has been singing and writing songs in traditional style since he was sixteen. ‘Here At The Fair’ is Mick’s sixth ‘folk opera’. The previous shows (‘A Day’s Work’, ‘The Voyage’, ‘Tanks For the Memory’, ‘The Navvy’s Wife’ and ‘The Pauper’s Path’) were all very well received and reviewed (‘A fantastically moving piece of work’ – ‘R2’ magazine; ‘Another classic’ – ‘Folk North West.)

With Flats and Sharps