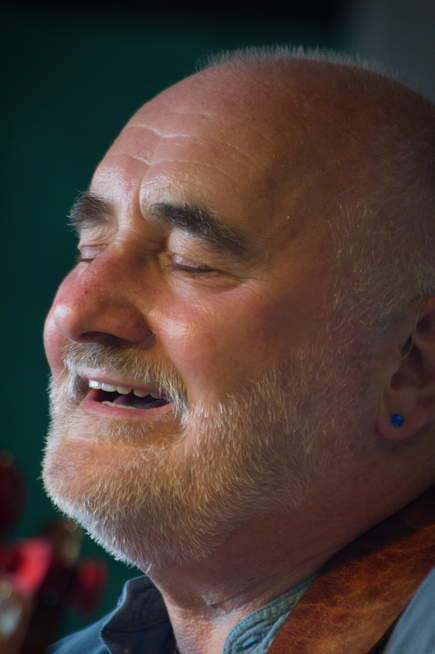 North Cornwall’s Mike Silver is a force to be reckoned with. He’s been in the business for fifty years, taking his music far and wide through Europe beyond to the Falkland Islands, New Zealand, the United States and Canada. With the release of Alchemy in 2019, he’s still gigging and touring with as much skill and enthusiasm as ever.

The loyal fan base he has amassed over the years ensures that every gig is a treasure to behold and lovingly attended by his friends, both old and young, ‘old hands’ and recent converts!

For a while he was signed to Elton John’s illustrious label Rocket Records in 1973. This led to a live session for Bob Harris’ BBC Radio 1 Show and two appearances for Radio 1 in Concert including one supporting Randy Newman.

More recently, he was again selected for airplay on BBC Radio 2 with a track from his latest album Alchemy.

If you’ve also not come across Mike before, you will be able to savour his restrained yet effortless, honest vocal delivery.

He can craft a song about ordinary people and ordinary events that can make you cry. That is a gift”. Del Newman