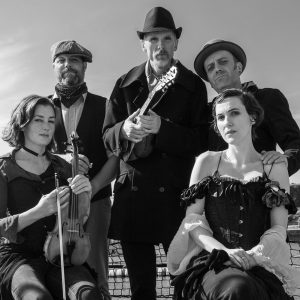 Black Tar Roses are a Dark Folk/ Americana band from Plymouth, playing original music with a rootsy feel and a gritty edge.

Their rootsy, folk sound is infused with the attitude of social distortion from Southern California, the vocals jumping with super intelligent lyrics.

They recorded their debut album ‘Rebels, Rogues & Outlaws’ in Plymouth and Los Angeles. A charity EP ‘Plymouth Gin’ was released in 2020 and a second studio album will be out next year.