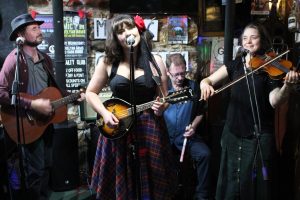 Born out of the vibrant music scene in Penzance Du Glas offer their own brand of inventive and energetic heartland rock combining influences from Americana and folk music.

Du Glas (Cornish for ‘black’ and ‘blue’) began their adventure in 2016 with Lucy Osborne (lead singer) and Anthony Power (guitarist and songwriter) performing at open mic nights and jam sessions in West Cornwall. With Lucy’s background in theatre and Anthony’s catchy tunes and meaningful lyrics, the duo captured audiences’ hearts with their emotional and dynamic music.

The group has since added Kevin Cook on drums, Crisso on bass and the sweet sounds of Lou Peixinha on flute and violin.

Your average Du Glas gig will seamlessly slip from a bit of rock and roll to old American folk, from rockabilly to the blues. But it’s always passionate vocals and sweet, sweet music. Du Glas have been played on BBC Introducing. In 2018 they released ‘Too Many Ghosts’, followed up this year with the vibrant new CD ‘Edge Of The World’, which includes ‘I Can Buddy’, described by The Mail on Sunday as an ‘anthem of the fierce Cornish women’, and by Folk London as ‘Rebellion served with a pasty’! 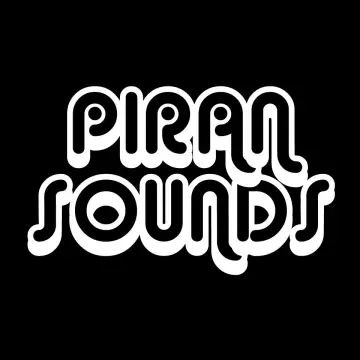