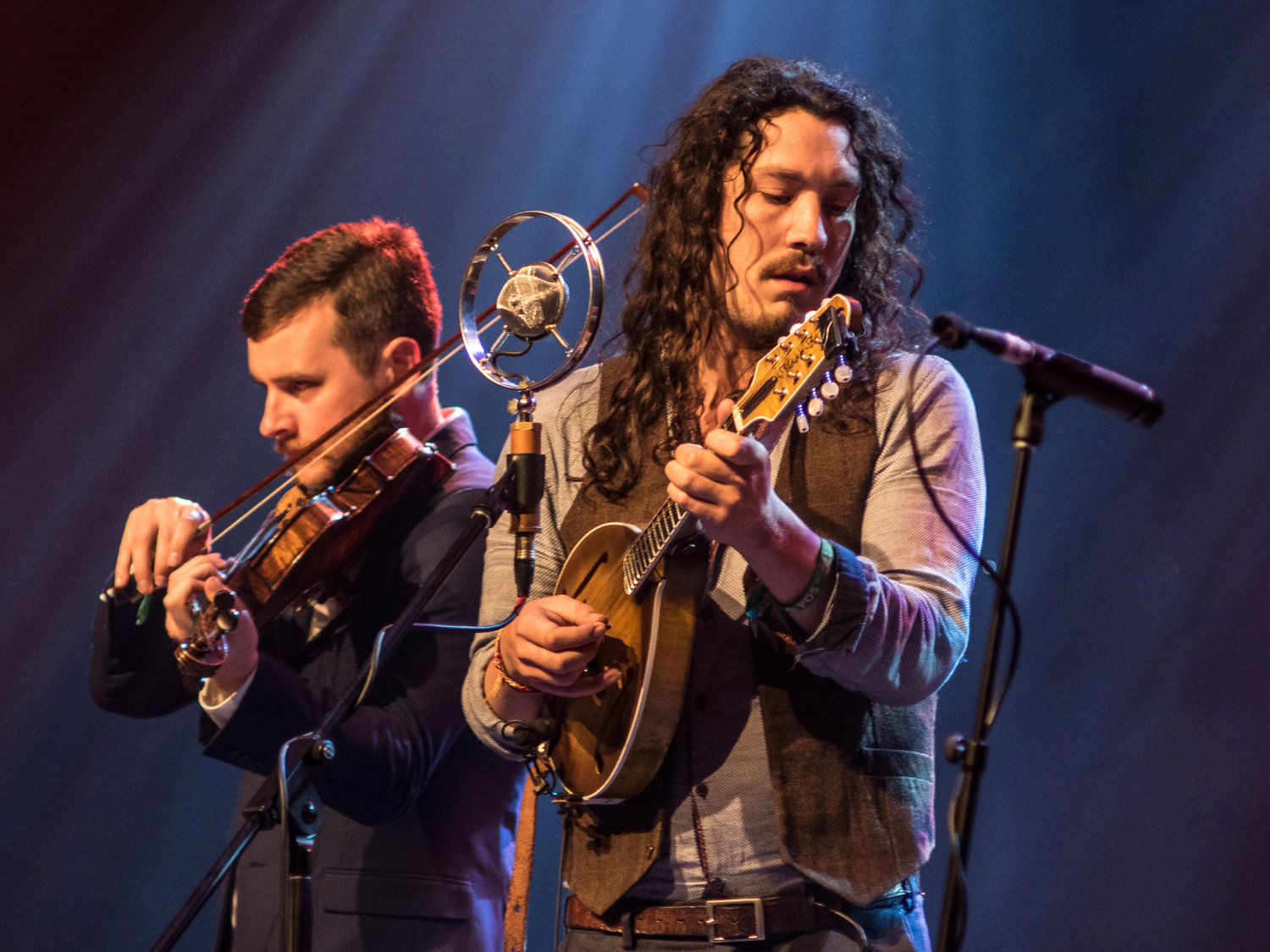 Flats and Sharps blew the Cornwall Folk Festival away last year with two back-to-back stunning performances … so we just had to ask them back!

They’ve have come a long way from their humble beginning busking in Penzance as 17 year-olds to performing on the Town Square Stage at the Country 2 Country Festival at the O2 in London in March 2015 and at Proms in Hyde Park, London in September 2015. Along the way that have played for (and with) the Governor of Kentucky who jumped on stage to play with them, won fans at scores of festivals including Isle of Wight, Maverick and many bluegrass and folk festivals and performed for events for Ralph Lauren and Jack Wills shops in London. They were the headline act at the Ireland’s Westport Folk and Bluegrass Festival in June 2015.

With great voices, fast finger-picking and their mastery of playing round a single microphone makes for a thrilling visual and sound experience. They’ve also written some fine songs!

Flats and Sharps are ones to watch out for and these talented young men are clearly going to pick up many, many fans along the way.

With Mick Ryan’s folk opera ‘Here at the Fair’