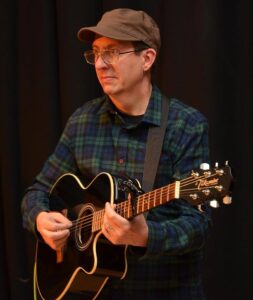 Until recently Steve ran Bodmin Folk Club; he’s is also a fine singer and guitarist. He was a correspondent for fRoots, and has recently joined the editorial team at RnR magazine. He’s also worked with Sidmouth Folk Fest.

Basically — and you probably already know this — Steve IS Mr Folk! Often playing with Dalla’s Neil Davey, Steve performs honest-to-goodness folk music from all over the place on a variety of stringed instruments. He draws on a broad repertoire encompassing Celtic styles, English folk song and early Americana with flair, finesse and fun.
+ Google Calendar+ iCal Export