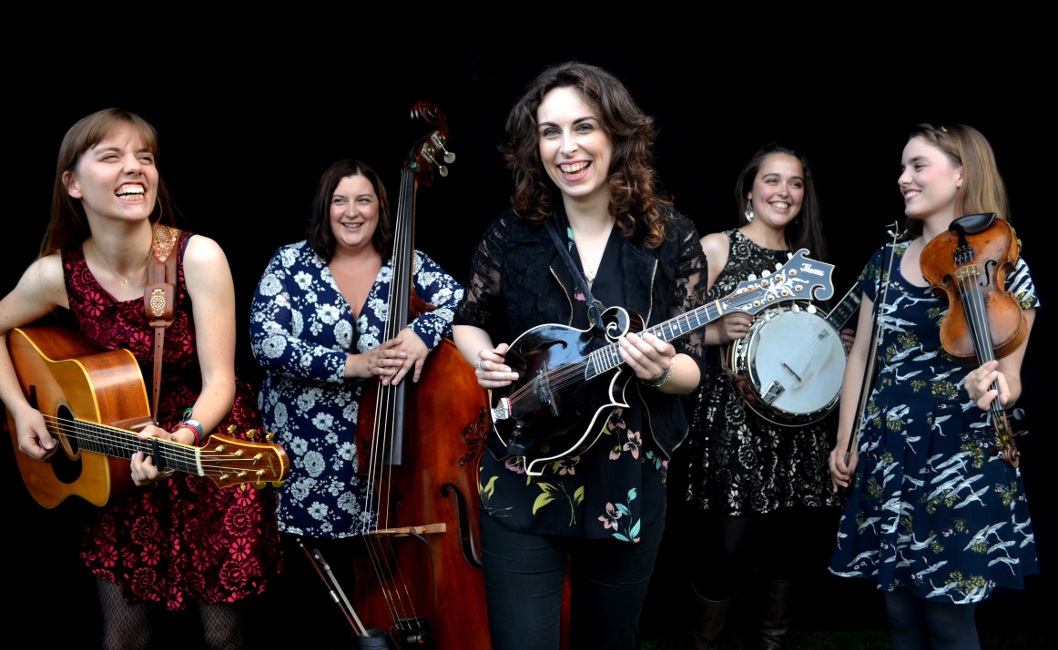 Midnight Skyracer have been tearing up the UK bluegrass and folk scene since their inception less than two years ago. Their all star lineup and exciting live performances have sent them racing skywards at an astounding pace right from the start, with Leanne Thorose’s powerhouse vocals and driving mandolin; Tabitha Agnew’s sweet voice and virtuosic banjo playing; Eleanor Wilkie’s rock solid bass grooves; Laura Carrivick’s flair, being equally adept on both fiddle and dobro; and twin sister Charlotte’s agility on the guitar, with both sisters filling in the vocal harmonies.

In just over a year of performing they have racked up an impressive number of major festival slots including Cambridge Folk Festival and Fairport’s Cropredy Convention, completed a tour of Germany and Switzerland as well as two UK tours. In February 2018 they released their critically acclaimed debut album, Fire. Most recently, the band became the first UK band to gain recognition in the International Bluegrass Music Association’s Momentum awards with a nomination for best band as well as Tabitha receiving a nomination in the instrumentalist category.

“…these varied aspects of their musical personalities contribute to the greater good of a band playing for the song, for the singer, for the music.”
Ron Block , Alison Krauss & Union Station,  Franklin, Tennessee