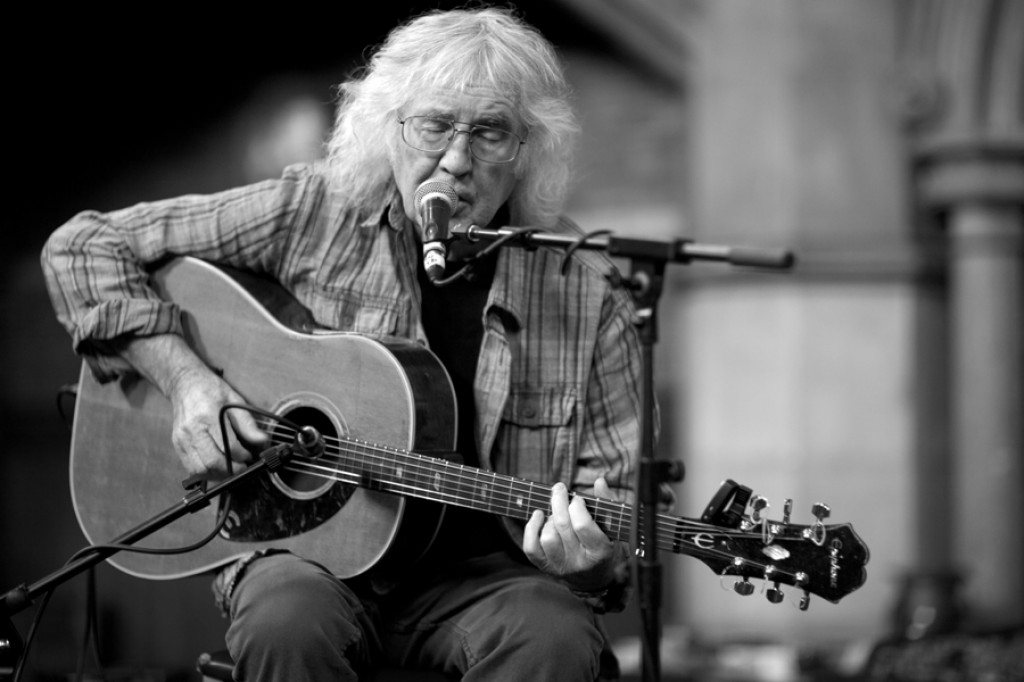 2019 is Wizz’s 80th year, and probably also 60 years to the Festival month since he starting busking around Cornwall.

Inspired by Big Bill Broonzy, Rambling Jack Elliot, Alexis Korner and Ewan MacColl, he learnt his guitar licks from the likes of Davy Graham and Long John Baldry while playing in the coffee bars of London’s Soho during the late 1950s.

He then busked from the streets of Paris to the markets of Marrakech during the early 60s, and later was cited by John Renbourn and Eric Clapton as an important early influence, thanks to his unique acoustic guitar style, an eclectic repertoire and a ‘right hand worthy of Broonzy’.

Wizz Jones has been made an Honorary Patron of the Cornwall Folk Festival due to his long associations with Cornwall.