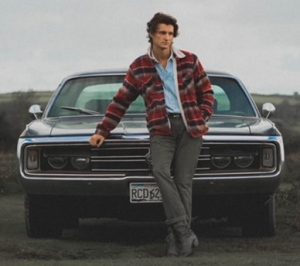 William Grant is an emerging indie folk-rock singer/songwriter from the wilds of west Cornwall. After the release of his debut album in 2019 he has been bringing his sound to a growing audience across the UK.

Drawing from both British and American folk traditions, his music is reminiscent of the golden age of folk-rock of the 1960s and 70s but retains its own fresh identity.